What is unfair dismissal? 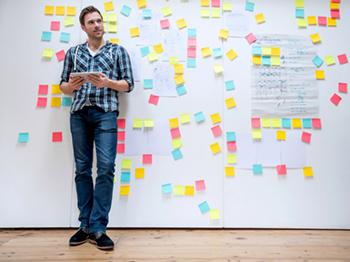 Reasons for dismissal
There are five main reasons why you might be fired, according to the guidelines used by employment tribunals: Capability, Conduct, Redundancy, Breaking the Law and ‘any other reason'. Each includes a variety of factors, and the last is wide open to interpretation.

A sixth reason not included above is known as ‘constructive dismissal'. This generally occurs when an employer gives you little choice but to resign due to intimidatory or abusive behaviour. This is very difficult to prove so make sure you gather as much evidence as possible before raising a case.

Proper dismissal procedures
There are right and wrong ways to fire someone. Most employers will be scrupulous in this regard, as they don't want to find themselves on the wrong end of an employment tribunal ruling.

The key thing is for your employer to follow a formal and reasonable procedure. This will almost certainly be contained in your terms of employment or employee handbook. Typical procedures will include verbal warnings, some documented attempt to resolve the situation, an opportunity for you to defend yourself, and written final warnings before your dismissal.

In the eyes of a tribunal, your employer must have given you fair indication of the problem, and then made a serious attempt to resolve it, in line with existing policies. They cannot, for example, use one rule for you and another for someone else. The only exceptions are in the case of ‘gross misconduct' where your employer would be within his rights to dismiss you on the spot, without warning.

What to do if you're the victim of unfair dismissal
If you choose to go to a tribunal, it's up to you to prove you have been unfairly dismissed, while your employer has to prove the opposite. You will need to take professional advice, either from your Trade Union, the Citizens' Advice Bureau or from an employment lawyer.

In defending themselves, your employer needs to:

You can only go to a tribunal if you have followed the company's normal procedure and still not achieved a satisfactory outcome. Because each side needs to demonstrate its case, you should keep copies of all correspondence, sent and received, as well as making notes of all actions and events surrounding your dismissal.