How to handle conflict in the workplace 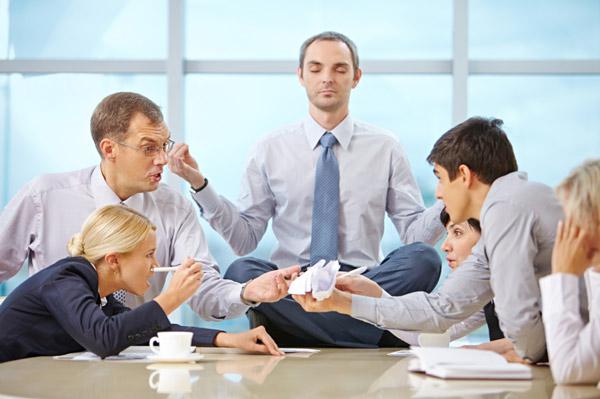 Most workplace issues can be resolved with communication

Some workplaces are more volatile than others, but just about every group of people who work together face getting to boiling point. Even the most patient and conscientious group of colleagues can get upset and frustrated with one another.

It is important to learn how to handle conflict in the workplace when it occurs, rather than thinking that it will never happen and burying your head in the sand. By far the majority of workplace flashpoints can be avoided by addressing conflicts early and by not allowing matters to fester.

Staying positive even when there is a disagreement will stand you in great stead. Many conflicting positions in the workplace will seem much less important in a month or two. By keeping positive, you are going to be in much better shape for any future conflicts which might come up in the future.

When a manager resolves a difference of opinion between two or more members of their team about a professional matter, accept their decision. Even if you think your boss has made a wrong call, it is their judgement and they will have to stand by it.

Continuing to complain about a decision after it has been made is unlikely be constructive. Rather document anything relevant at the time so that you can refer to it later if needed. In the end, you may be proved right and the decision could be reversed.

If you come into conflict with a colleague for personal or professional reasons, it can sour the working relationship you once had. Try to seek a resolution by talking to them about it, preferably out of the earshot of others so that no one is embarrassed.

Ideally, you will come to an arrangement, even if it is to agree to disagree. No one says you need to be best buddies in the workplace, after all. Conflict resolution does not need to go that far. It should mean, however, that you can both draw a line under the experience and move on with civility and professionalism. Remember that if this process feels like a compromise for you, then it probably will be the same for the other party.

Get to the heart of the matter

You may need to spend some time trying to work out what has caused workplace conflict before you truly understand it. Taking the effort to do so often works out in the long run because it will allow you to root out issues completely and not simply deal with their symptoms.

Sometimes, it is not something that has been said or done that causes problems, but what has not. Perhaps someone has taken offence due to a perceived slight or a missed courtesy? Such things are often difficult to express clearly and require a reflective approach to fully figure out, so be prepared to take some time before you are able to get to the heart of the matter.

Consider that you may be at fault

Tell-tale signs are that you always tend to be at the centre of trouble or that more than one person has formed the same negative opinion of you. If so, be prepared to change your ways and to bite your tongue occasionally. Saying sorry for when you have been out of line can really go a long way to putting things back on an even keel.

Should your attempts at reconciliation come to nothing, then you may need to take matters further. If possible, discuss matters with your manager. If that doesn't produce results, or if your boss is a part of the problem, then consider referring the matter elsewhere, perhaps to another senior member in the organisation with responsibilities in managing people.

Alternatively, you could speak to the human resources department, but bear in mind that they will also have a duty of care toward any other parties involved. When matters get out of hand and cannot be resolved in spite of your best efforts, make sure you keep a diary of any relevant events so that you build a case history. This may help you if the matter develops into a more serious one of workplace bullying.