Half of brits want to quit their jobs

Monster research reveals that half of Brits (52%) want to quit their jobs. However, 79% of people admit they take up to two years to work up to leaving on average.

Although they’re unhappy, many languish in jobs far beyond the point they’ve decided to move with 7% waiting over four years to quit their jobs. Those who hung on in jobs they no longer enjoyed said they did so because they liked their team too much (16%), lack confidence (15%), don’t have enough time (14%) and a fear they don’t have enough experience (14%).

The research revealed a difference in the experiences of men and women when considering quitting a full time job. Women are more likely to want leave a job due to a lack of flexibility in the role and a stalling career progression. 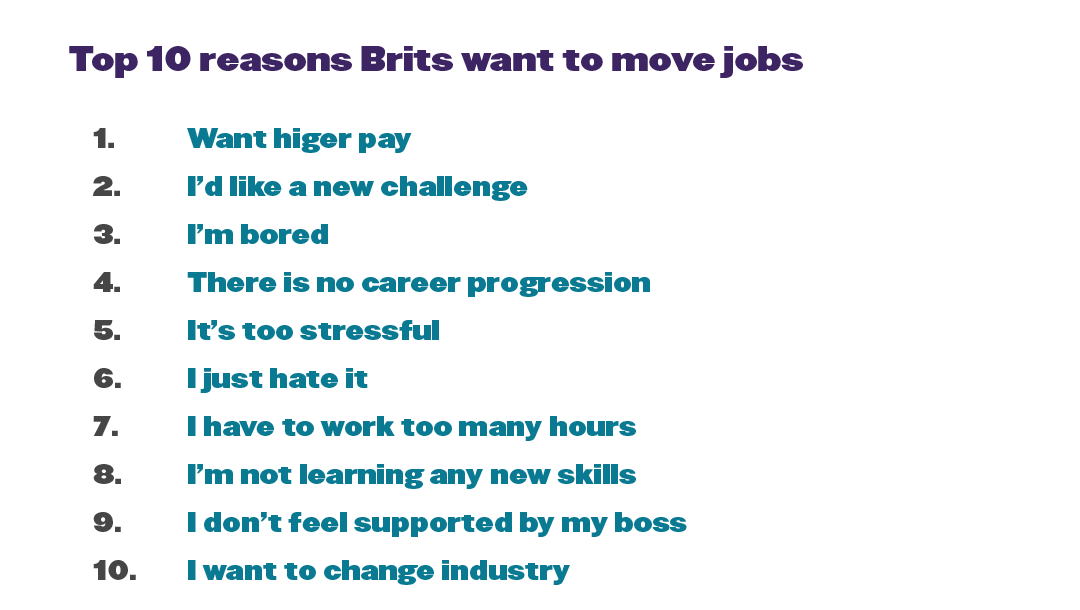 And when it comes to making the jump to a new role, women say they are more worried than men about interviewing and joining a new team, and are more likely to question whether they have enough experience to successfully apply. A fifth of women state they don’t feel confident enough to apply for a new job, verses only 9% of men. Men however, see the time consuming process of applying for a new job (12%) are more of a barrier.

Overall, a third (32%) of Brits said they would find applying for jobs easier if the process was more streamlined. A quarter would prefer to only upload their CV once and would ideally like to apply for a job as easily as swiping right on Tinder. 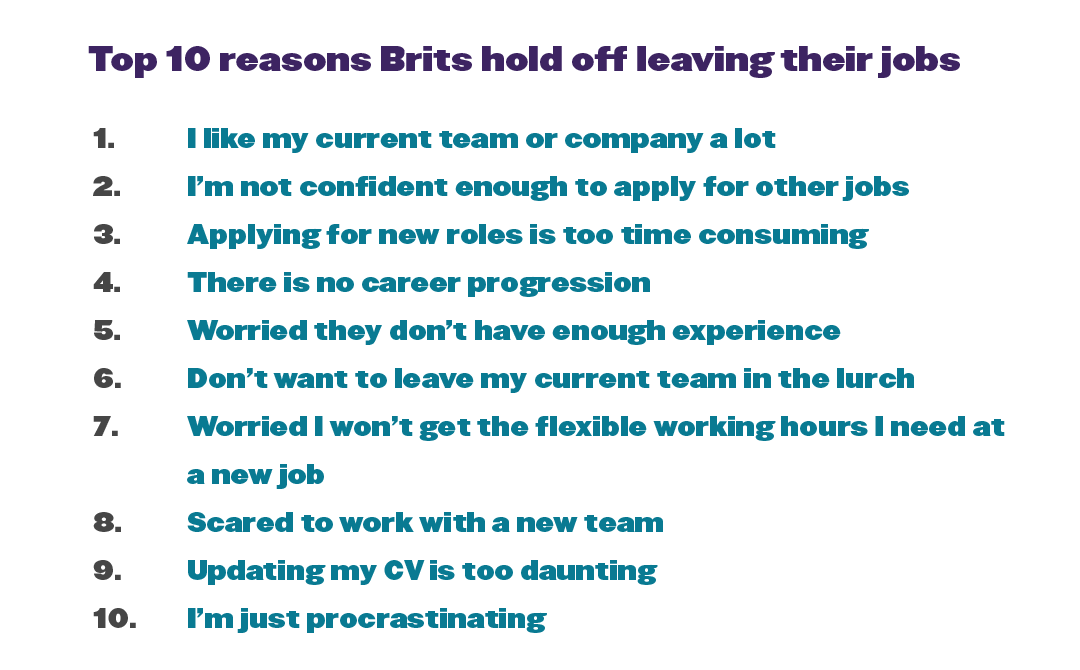 Louise Goodman, Marketing Director at Monster.co.uk, comments, “Moving jobs is hard. It can be time consuming and working up the confidence to put yourself out there can be tricky. But the benefits of moving outweigh languishing in a role that isn’t fulfilling you – from the potential for more pay, greater chance at career progression and even improved mental health.

“Time should never been the reason you don’t take the plunge to revitalise your career. Apps like Monster Job Search are making applying for jobs easier and quicker than ever before – and you can do it on the go from your mobile. Finding the right job is now as quick and easy as swiping right on a dating app.”

If you are thinking of moving on from your current role, try a job search on Monster.co.uk and get the job you deserve #InYourCorner