A guide to working in the City of London 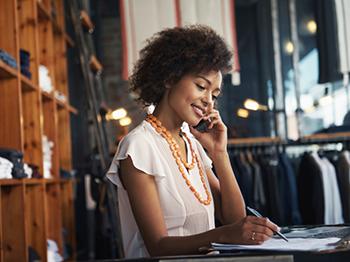 London 's population has been growing exponentially but even faster, has been the growth in earnings and productivity. And nowhere is this plainer to see than The City. Despite the fact that less than 10,000 people actually live here, The City's workforce is 300,000-strong and generates almost three-quarters of Britain 's entire GDP before heading back home for tea.

Then and now
The stretch from Temple Bar in the west to the Tower of London in east – the so-called ‘square mile' – is where London first started life when the Romans laid their foundations and established Londinium as one of four capital cities in Britain . Since then this part of town has risen from the ashes of destruction more times than it cares to remember, from being burnt to the ground by the Great Fire of 1666, then rebuilt only to be levelled by a succession of Luftwaffe bombing raids during World War Two. Yet somehow, the City has emerged from the ashes, dusted itself down and become the leading financial centre in the world.

Arguably one of the key factors behind this is that when the City was undergoing mass redevelopment in the 1960s and1970s, it was realised that if Britain 's influence on world affairs and its position as a key economic nation was to be secured, it needed to become a post-industrial service economy. But it did this very cleverly by identifying its natural strengths and exploiting them as much as possible – and its biggest strength of all was the ability to make money.

The Latin motto of the City of London is Domine dirige nos , which translates as ‘Lord, guide us'. Ironically, The City pretty much wrote the guide book on how to be a successful finance sector. Home to the London Stock Exchange, Lloyd's of London and the Bank of England, The City is the undisputed financial and legal centre in the UK .

Indeed, of the 300,000 or so people who work here, 1 in 2 (49.3 per cent) are employed in the fields of financial intermediation, accountancy, insurance and banking. Consequently, the biggest employers within this sector are banks with some of the major employers being Deutsche Bank, UBS, JP Morgan, Goldman Sachs, Barclays and KPMG (accountancy).

While a further 14 per cent (42,000) of The City's workforce are employed in the legal sector, with Linklaters (legal services) being one of the leading employers.

And with this many people commuting to The City every day in addition to the number of international business travellers who come here, the hospitality sector inevitably benefits. After all, there are a lot of mouths to feed at lunchtime, significant demand for good restaurants in which to entertain clients, and a need for hotels to accommodate the wave of international business travellers who descend on The City every week. Overall, the hospitality sector employs around 30,000 (4.6 per cent) people in the district.

Key business siatricts
The London Stock Exchange is on Paternoster Square close to St Paul 's Cathedral and is central to The City, being one of the largest of its kind in the world. Whereas St Mary Axe, also known as the Swiss Re Tower or the ‘Gherkin', symbolises the extent of The City's financial influence.

If you're thinking of moving to the area, take a look at some of the current property available to buy or let in the City of London.

Take a closer look
A picture is worth a thousand words. You can see some images from in and around the City of London below.

Looking for local vacancies? See all current jobs in the City of London or find out more information on the local area.