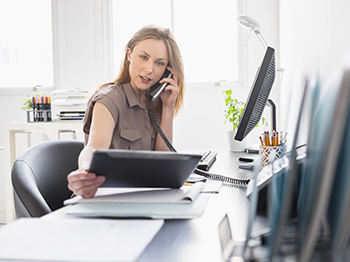 Q: Our organisation is within a sector recently rocked by a whistleblowing scandal. However, our board is much divided on whether or not we should have a whistleblowing policy in place. On one side we have the: 'we don't need it because no one is doing anything wrong' position. On the other, we have a more cynical 'they're always trying to get one over on us' attitude. As chair, I don't want to be been as naive to my peers but neither do I wish to look like I doubt staff integrity. Can you help me navigate these tricky waters?

A: Of course, in a perfect world, wrongdoing would never happen. However, this is a far from the perfect world and whistleblowing policies are being accepted across both the private and public sectors as an essential element of risk management that can be used in tackling fraud and crime.
As Mike Low, Director of BSI British Standards, says: "Every organization faces the risk of something going wrong. Rather than shying away from whistleblowing, good organisations know that allowing employees to raise issues in a supportive environment brings real benefits."

So, having a policy in place in advance of any necessity, which both employees and management understand and have bought into, means that you will look neither naive nor lacking in trust. Do it right and you will in fact both look and act as a wise and fore-armed pragmatist.

Let the words of Steve Bundred, Chief Executive of the Audit Commission, reassure you: "Our experience has shown repeatedly that good whistleblowing arrangements are a vital component of good internal control arrangements within well run organisations. Whatever the issue or concern may be, providing a framework through which staff can confidently raise concerns is fundamental to delivering good governance in public services."

So, first let's clarify what it is we are discussing. The Government's guide to whistleblowing defines it as:
"…when a worker reports suspected wrongdoing at work… A worker can report things that aren't right, are illegal or if anyone at work is neglecting their duties, including:

Or, as the BSI explains: whistleblowing is the popular term used when an employee raises a concern about a possible fraud, crime, danger or other serious risk that could threaten customers, colleagues, shareholders, the public or the organisation's own reputation.

Luckily, the hard work in creating an effective whistleblowing policy has already been done for all of us, thanks to a Code of Practice created by Public Concern at Work (PCAW), the whistleblowing charity, in conjunction with the British Standards Institute(BSI): Whistleblowing Arrangements Code of Practice (PAS1998/2008). The code was further developed by an expert Steering Group including the Audit Commission, the Institute of Directors, Trades Union Congress, the CBI, Information Commissioner and the National Consumer Council.

The BSI states that this Publicly Available Specification (PAS) sets out good practice for the introduction, revision, operation and review of effective whistleblowing arrangements. With increasing emphasis on the role that whistleblowing plays "both as an instrument of good governance and a manifestation of a more open culture", this code of practice has been developed to be of assistance and particular relevance to organisations such as public bodies, listed companies and organisations (e.g. in the health and care sectors) where there is legislative or regulatory expectation that effective whistleblowing arrangements are in place.

PAS 1998:2008 guides you through the creation of a whistleblowing policy at work which considers and includes:

Follow the guidelines set out in PAS 1998:2008 and it will help your organisation to:

PAS 1998:2008 can be downloaded free of charge. Even better, PCAW can also offer you bespoke support packages to ensure you have a robust system in place to protect your organisation.