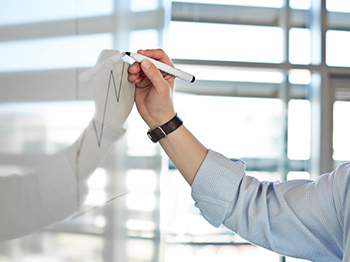 Global organisations downsize for a whole raft of reasons, and not always disconnected from the demands of shareholders. But at the SME level it's often a financial necessity for keeping the business or department afloat. That said, it also comes with a number of sometimes unforeseen downsides that can be exacerbated by a poorly planned downsizing strategy. For example, whilst staff morale is always going to dip, it can be made far worse if the issue is not handled sensitively and fairly. It also sends out messages to customers and other associated companies that you need to be aware of. In other words, will the downsizing be negatively perceived by the industry you're in and will it affect your association with suppliers? In the final instance, you're looking to soften the blow for laid-off workers, not only for their sakes, but also to help maintain your company's reputation as a good employer and a caring company. In this case, our five point plan could help.

Be transparent to staff about the difficulties that the company finds itself in, and also make any plan to overcome them as simple, clear and fair as possible. Some companies fear that employees will panic and act irrationally if they know the true score, but actually there is no evidence whatsoever to support this. Moreover, when companies don't tell it like it is, or try to hold back information, employees begin speculating about what's going on and start rumours going that often make things far worse.

Timing is everything. If you downsize as a knee-jerk reaction, even if it saves big money in the short term, you may be seen as a shallow-employer and, even worse, you'll actually be unable to respond when things upturn. Moreover, purely looking at costs without a sense of business values and an eye to the future will just define your company as a reactive, rather than proactive one. Remember, downsizing is actually a business plan, not just a cost-cutting exercise.

Once the situation is defined clearly and fairly, then so too should be the plan for recovery or action. Once people understand the need for cutbacks, it's no good not having a follow up plan; otherwise it could be cynically interpreted as a management method of keeping people working harder and fearful of losing their jobs. A structured plan is crucial to keeping people focused on the need for downsizing, and will help towards their acceptance of it. The process should also try to make the downsizing a singular event, rather than a number of sequential events which will hinder the company's ability to draw a line under the cuts and move forward.

Time is a valuable commodity, and never more than when people are being laid off. Allow sufficient time to develop and implement a transition plan. If it is unfairly swift or poorly executed, it can cause reputational damage and also result in legal issues. Even if you cannot offer generous redundancy packages, giving employees plenty of notice before their last day, perhaps offering excellent references and other help as appropriate, allows people to make their own plans effectively going forward. It may also encourage quality employees to come back to you in the future.

In the final instance, the redundancy selection criteria needs to be fair and logical. Every employee (even those not being made redundant), will soon see through something which has its own agenda or which favours certain individuals or groups. Once the plan is implemented, redundancies should never be undertaken during times with emotional connotations, i.e. Easter, Christmas or other such seasonal breaks. It shows a lack of feeling – and also a lack of professionalism on the part of your company.